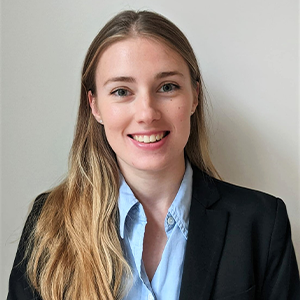 I applied to several patent attorney firms in my final year at university and went to a few rounds of interviews. They all revolved around describing how a particular object worked, ranging from basic scissors to types of window hinges. This interview style takes a certain amount of getting used to, so I would recommend practising explaining things to others to help prepare.

My interview at Slingsby Partners lasted an afternoon and involved several stages, each of which built on the previous. My interviewers were mainly trying to see how I dealt with problems as they appeared and how I adapted to their suggestions – essentially, testing what it would be like to work with me. I also got to speak to other trainees in the firm to ask any questions I might have about day-to-day office life, and I left the interview feeling that I had met many friendly people.
I started at Slingsby Partners during the Covid-19 pandemic, so it wasn’t the usual introduction to working life. Despite this, I was very quickly involved with a variety of work, from responding to exam reports to sitting in on some litigation proceedings. It was strange not being able to talk to people in person, but the video calls were still effective at making me feel welcome. I then started at Queen Mary which was also held fully online so I had a very sedentary few months! During the Queen Mary course, I worked two days “in the office” and had three days for studying. This stage can be quite difficult because your time is split between the two responsibilities. Once the course was finished, I was able to fully concentrate on work and started to get very busy.

I think one of the benefits of joining a smaller more specialised firm is that you get the opportunity to work with the partners right from the start. This creates a very friendly and open environment, where trainees can learn from and collaborate with colleagues who are at different stages of their careers. Working with different people within the company means that you pick up other ways of approaching tasks and different writing styles, each with their own advantage.