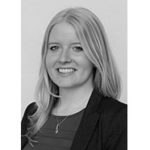 Jessica Fuller is a fully qualified Chartered and European patent attorney, receiving the highest overall marks in the UK in her professional examinations. Before joining the patent profession, she studied Natural Sciences at the University of Cambridge.

Jessica Fuller holds a First class degree in Natural Sciences from the University of Cambridge, where she specialised in genetics in her final year. She entered the IP profession in 2010 and is now a Chartered and European Patent Attorney, having achieved full qualification in 2014. She is now Associate at TL Brand & Co.,  an intellectual property firm based in London and specialising in the filing of patents, trademarks and designs both in Europe and around the world.

We spoke to Jessica Fuller, a Patent Attorney and associate at TL Brand & Co., about her experiences working in intellectual property and the advice she would offer to other female science graduates keen to follow in her footsteps…

Can you tell us a bit about your academic background?

I studied Natural Sciences at Cambridge University, taking modules in both chemistry and biology and specialising in genetics in my final year. After graduation, I went straight into a job training to be a patent attorney.

Why did you choose a career in IP? Was it always an area you were always interested in working in?

I enjoyed studying science, but had realised during my final year project (which didn’t go very well) that a career in academia wasn’t for me. I wanted to do something that would still involve what I had learnt during my time at university, but that also involved more interaction with people and had a more commercial slant.

I had considered doing a law conversion course, but then found out about becoming a patent attorney. The fact that you can specialise in a certain area so quickly appealed to me, as did the on-the-job training. I also liked that you would still be at the cutting edge of technology, so would still be using your science, but would also be involved in the broader aspects of working with clients that were developing inventions.

How did you progress to your current role at TL Brand & Co?

TL Brand & Co was founded almost three years ago and I had just completed my training at another firm when it was initially set up. The prospect of being part of a new company with the opportunity to have a say in how it grew and developed was exciting and so I made the move soon after it was founded.

We often hear of some women working in the wider technology industry or traditionally “male dominated” industries feeling their gender has led to them being treated or perceived differently to male colleagues. Is this something you have experienced? If so, how did you handle it?

My experience of the patent attorney industry is that it is generally well gender balanced at the more junior end, although it is still more male dominated at partner level. For example, I found that the gender split was quite even on the training courses I attended with my peers. However, there are still certain technology areas that can be more male dominated.

While I have heard of a man being paid more than a woman at a similar position, this was rectified once it was brought up with the firm involved. Throughout your career, I think it is important to speak out when you encounter such situations.

There are also some clients that are more male dominated and you can sometimes find yourself being the only woman in the room during a client meeting. In that scenario, it is important to have the confidence to voice your ideas and opinions. Additionally, it is useful to remember that being a patent attorney involves relatively specialist knowledge and so you will probably know more about IP than anyone else at a client meeting!

As mentioned above, I think that the gender split is relatively even at the more junior end of the patent attorney industry. Further, even though there seem to be fewer female partners, it is unusual to have a firm in which all of the partners are male and I hope that the proportion of female partners will increase over time.

I have also noticed that more women are becoming involved in our client’s IP departments than when I first started training. I hope that with the increase in women studying science, this will continue to be the case.

What advice would you give to female science and engineering graduates considering a career in IP? What do you wish someone had told you?

I don’t think any woman should be put off because of a perceived gender imbalance, even in the technical areas that are more male dominated. Generally, the patent attorney profession is quite meritocratic and progression is based on ability, especially at the more junior levels.

This is, at least in part, due to the exams required for qualification. While these are difficult and can take over your life for a period of time, don’t let them put you off entering this profession.

I think IP is a great industry to be in, as it straddles both science and law, as well as requiring good interpersonal skills. If you are someone who enjoys talking to people and getting your head around new concepts, a career in IP may suit you well.