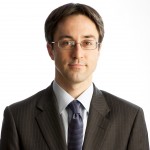 On a suggestion from his university careers centre and after some difficulty involving a staple remover in his interview, James found his place in the patent profession. He outlines his typical day and discusses potential future challenges for the industry.

Having studied engineering at Oxford, followed by a PhD in computer science, I realised I was neither cut out to be an engineer nor a computer scientist. The University Careers Service agreed. Fortunately, they had a few other suggestions, one of which was being a patent attorney.

I applied for every trainee position I could find, and one firm replied, inviting me to an interview. Because of my background, I was confident that I would be able to handle the technical side of my interview. I was wrong. Within minutes of sitting down, the interviewers placed a staple remover on the table and asked me to explain how it worked. It was not the most difficult piece of equipment to understand, but I had not been trained to mentally dissect the device and then concisely express the purpose of each of its features. The interviewers led me through the process. By the end of the interview, I wasn’t sure I had a job, but I had actually enjoyed myself! I learned that, whilst it is essential to be proficient in a variety of technical disciplines, being a patent attorney requires a deep practical understanding of the principles behind how things work, and the ability to clearly explain them.

I was lucky enough to get a job at a London firm, where I began my training. Initially, this was on-the-job training, where my work was closely reviewed by a qualified attorney before being sent out to the client. Early in my career, this involved a large amount of red ink scribbled over my work, but as I progressed, the level of scrutiny and the amount of red ink gradually reduced until I reached a point where I was trusted to provide clients with the right advice without third party input.

Over that period I sat many exams. It is typically expected for a trainee patent attorney to become both a Chartered Patent Attorney (a UK qualification) and a European Patent Attorney (which enables you to represent clients before the European Patent Office). Studying for the qualifications requires a lot of hard work that must be done in addition to completing a normal day’s work. There are a number of formal training programmes to help, and I attended a few of these. However, the bulk of the study was carried out on my own at home, practicing as many past papers as I could fit in, and so I lost a lot of lunch hours, evenings and weekends over the months leading up  to the exams.

All that hard work was worthwhile, and I now have a job that I really enjoy. I have broad responsibilities for clients of all sizes, across a broad range of technologies.

The day starts with checking emails. A patent attorney deals with overseas attorneys in a variety of time zones, so lots of things can happen when you are out of the office and you can arrive at work with a long list of work to do, either for your UK clients who want foreign patents or your foreign clients who want European patents.

Once emails that require immediate replies have been dealt with, I move on to the more involved tasks. These could be drafting patent specifications for new applications, prosecuting existing applications, defending patents that my clients’ competitors have opposed, or opposing competitors’ patents for my clients. Most of these jobs require reading many documents, typically existing patent specifications, but sometimes academic papers, excerpts from textbooks, or webpages.

Occasionally, I meet with clients to discuss their latest developments and products to identify where new applications can be filed, and where existing patents owned by their competitors might cause problems.

My clients range from individual inventors hoping to start a new company to large multinationals, and the challenges of the work vary accordingly.

My favourite part of the job is the contentious side. This is most often experienced with European cases. When European patents are granted, it is possible to challenge their validity and request the revocation in a process called opposition. This may be done, for example, when the patent covers a client’s product.

The process involves searching through databases of patent specifications to identify relevant prior art that describes the features of the patent, and then preparing arguments as to why these documents invalidate the patent and submitting these to the European Patent Office. The patent owner’s patent attorneys then have the opportunity to reply to challenge the submissions.

After a number of rounds of written submissions, the parties are all summoned to a hearing at the European Patent Office to make arguments in person. This part is the most challenging since there is always the potential to be surprised by something new raised on the day, and it is necessary to react immediately.

What are the challenges the industry faces?

Currently, European patent applications lead to separate patents in different European countries, and each of these would be separately litigated in the courts of each country. The changes currently planned will allow patent owners to obtain a single patent that covers most European countries. The Unitary Patents Court is being created to provide a forum in which such patents may be litigated.

In addition to passing the European Qualifying Examination to be able to act before the European Patent Office, patent attorneys in different countries have further qualifications in law. These qualifications vary significantly across Europe. As a result, the extent to which the patent attorneys of different European countries will be able to act before the court is currently unclear.

In the UK it is possible that there will be a requirement for patent attorneys wishing to be able to act before the court to obtain a further qualification to be able to do so. More exams to look forward to!