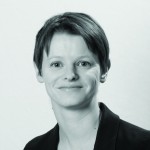 Rebecca Tollervey graduated with a BA in Biological Sciences from Oxford. She is a Qualified Patent Attorney and a fellow of the Institute. Rebecca is a Partner at Mewburn Ellis.

I first became aware of the job by reading a copy of the Inside Careers guide. I was considering jobs relating to science communication and it seemed that being a patent agent might fit the bill.

However, the clincher for me was the interview. I turned up expecting the usual tedious requests to describe ‘a time I had shown initiative’ or ‘a time when I had worked as a team’. Instead, I was asked genuinely interesting questions about how things worked and given tricky puzzles to solve. I decided that if I enjoyed the interview then there was a reasonable chance that I would enjoy the job – and happily this turned out to be correct.

The training system at Mewburn Ellis involves a series of six-month training positions with different partners in the firm, over the course of the first two to three years. I spent time in the Cambridge and London offices, before finally settling in Bristol. My decision to settle in Bristol was mainly a personal one. However, I also saw that there would be a role for me in the Bristol biotech team and that I would be supported in building up my own case load.

The training process is undeniably hard work. I found the most difficult stage to be the transition from being a trainee (with a constant need to accept and respond to constructive criticism) to a fully-fledged attorney (with a need for confidence to give firm advice to clients). However, passing the exams helps enormously with this, not least because for a brief period you have more of the law at your fingertips than the partners.

Not long after qualifying, I spent three months in Washington DC in the patent department of a large US law firm. This secondment was organised by Mewburn Ellis with the aim that I learn some US law and also to start making contacts overseas.

A significant proportion of my work is now from the US and quite a bit of it comes from people that I met during my stay (some of whom have since moved to other US law firms, expanding the network of contacts).

Since qualification, I have stayed with the same firm and have now been there for 11 years. The career path as a patent attorney in private practice is similar whichever firm you are in, so there can be little incentive to move if you are part of a thriving team.

My day to day work didn’t change dramatically on qualification, as I had been working on my own cases (with appropriate supervision) for some time. Having my own team, including a secretary, allowed me to start making decisions about how to divide tasks between us while ensuring that I retained an overview and a firm handle on those all-important deadlines. As your case load grows, the ability to organise your work becomes an increasingly important skill.

I was invited to join the partnership in 2008, and this has opened up a host of new challenges. At Mewburn Ellis, even the most junior partners have a role in running the firm and all partners are encouraged to get involved in areas such as training, ideas for business development, the analysis of new law and its effect on our practice. I have also taken on increasing responsibility for the recruitment of new trainees. .

The future and looking outwards

The recession had some effect on the profession and for a time many firms reported being a little quieter. However, the work did not dry up and there is generally a sense that we are all pretty busy again now. The constraint on applicants’ budgets has in some cases had the healthy effect of shifting the focus simply from ‘getting patents’ to getting patents which really serve a commercial purpose. It is increasingly important for patent attorneys to fully understand their clients’ business, so that they can take the lead matching the intellectual property to the business strategy.

On a personal level, the future brings impending maternity leave, after which I look forward to returning to the job and to the partnership. While I am sure there will be challenges in balancing an interesting and demanding job with family life, I feel fortunate that the profession is one where such a balance is possible.