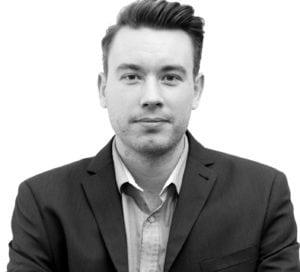 How did you get your job at EIP?

After finishing my PhD in February 2014 I began applying for jobs to become a trainee patent attorney through online job advertisements. I received a phone call from EIP’s recruitment manager for an informal chat about my degree, PhD and the job. I was invited to attend an interview in their London office in May and after making it through that first interview I attended a second interview in the Leeds office where I would be based if successful. The interviews were relatively informal and friendly. I was pleased to learn that I had been successful and began working in August 2014.

Why did you choose a job in this profession?

It was during my PhD that I decided I wanted to leave academia. The uncertainty of a career as a post-doc researcher did not appeal to me and increasingly the work I was doing seemed more and more abstract; I wanted to work in an area that was more applicable to the real word. As a self-confessed gadget enthusiast the idea of working with cutting edge technology piqued my interest.

What are your main duties?

At this stage in my career I can summarise my job into three main areas: writing patent applications, prosecuting patent applications and admin. Writing a patent application firstly involves liaising with inventors to discuss their idea in detail to determine what the invention is and how it works. The next step involves describing the invention so that it can be easily understood, describing all of the features of the invention and claiming the invention to provide the best protection for the inventor. Of all the work I do, this is certainly the most interesting and satisfying. I get to learn about new technologies in all areas of physics while enabling the inventor to obtain protection for their invention. Once a patent has been filed, it is examined by the patent office. The next steps then involve prosecuting the patent. An examiner will search in patent databases to determine whether the invention is new or whether it may be deemed obvious from what has been done before. My job is therefore to argue that the invention is not known and is not obvious over the documents cited by the examiner. The final part of the job involves discussing the patent procedure with clients, preparing invoices, organising my workload, preparing emails and forms and keeping up to date with patent law.

What are the most stressful parts of the job?

The most stressful part of my job is consistently having to perform at the highest level. In this profession every word counts. An entire patent application may be granted or denied because of one sentence, or even one word. Attention to detail is therefore imperative. At EIP there is a network of friendly and helpful people who are more than willing to help out.

The goal for every trainee patent attorney is to pass your exams. EIP are very flexible about when you choose to sit exams; they recognise that everyone works differently and there is no pressure to sit exams straight away.