Who owns the copyright of your image?

Celebrities including Jennifer Lopez, Khloé Kardashian and Ariana Grande have all been accused of copyright infringement after they have posted paparazzi images on their social media accounts. This begs the question: who owns an image of themselves? Should copyright law still apply when the image was taken without the subjects consent?

Here, Chris Robinson, an IP Solicitor at leading intellectual property firm HGF Ltd, gives his take on the current legal position on this question, as well as whether the law needs to be modernised to better protect celebrities affected by this issue and what the impact could be for the paparazzi if this happened…

In today’s hyperconnected world, celebrities walk a perilous line. One wrong post on a social media platform like Instagram can result in an internet firestorm, decrying them of being guilty of anything from sounding too similar to another pop artist to outright theft of another’s style.

Recently, celebrities have been trending on social media for trying to trademark the word ‘Kimono’ (in the case of Kim Kardashian), and stealing another’s look (in the case of Ariana Grande and Farrah Moan). Things get even more problematic when a celebrity is accused of copyright infringement for posting a picture of themselves.

Some celebrities, such as Jennifer Lopez and Katy Perry, have been accused of copyright infringement recently for taking photos of themselves from the Internet and reposting them. To the average person, the idea that a pop culture figure such as Jennifer Lopez would be infringing copyright by putting up a post on Instagram that featured a photo of themselves is absurd. The law, however, sees it differently.

In the UK, the law on copyright provides that the author of the work (the photographer) is the owner of a picture they have taken (s11 Copyright Designs and Patents Act 1988), unless they are an employee or there is some other agreement in place which affects ownership. For example, if the photographer has signed an agreement which transfers the ownership of the photo to a third party. The fact that a celebrity is the focus of the photograph is irrelevant.

Although the publication of a photograph may be considered an invasion of privacy in certain circumstances (for example, photos of Naomi Campbell with accompanying text indicating that she was attending an AA meeting), where private information is communicated, however, this will not affect the ownership of copyright in the image of the celebrity.

Should the law be modernised?

Since the advent of social media platforms, such as Facebook and Instagram, photographs have been shared countless numbers of times by individuals without the consent of the copyright owner. This has presented problems for copyright owners from a control perspective.

Some commentators feel that the law should allow an exception in these cases – permitting the subject of photographs to use them without falling foul of copyright legislation. Arguments on the side of modernising the law include;

What about the hard-working paparazzi?

On the other side of the argument, the idea that an individual should be able to use another’s intellectual property is deeply unfair, preventing hard working photographers from making a living and licencing such works. Arguments against allowing the use of photographs in this way include;

Whether the law will be amended to allow an exception for individuals posting images where they are the subject remains to be seen, and given this, individuals should be extremely diligent to ensure that they own the copyright in any images they are posting, otherwise they may find themselves the subject of a claim for copyright infringement. Indeed, such claims against celebrities are being reported daily and the prevalence of such claims may lead to pressure in terms of legal reform, or at least stricter ways of how celebrities and the teams working for them manage the content they use.

Want to learn more about the latest IP news and developments? Check out our weekly round-ups to keep your finger on the pulse!

Once you’ve caught up on the latest news, why not browse the latest trainee jobs to start your graduate IP career today. 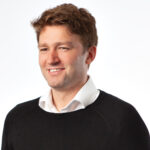