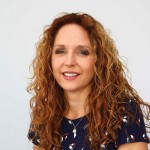 Joanne graduated from the University of Birmingham in 1994 with a PhD in Physics. Five years later she qualified as a UK and European patent attorney and in 2002 joined Keltie LLP where she has been a Partner for ten years.

Jo was looking for a career that would combine her science background with her love of writing and she found just that in the patent profession. Two decades later she looks back on the highlights of her career so far and her current position as a Partner at Keltie LLP.

How I started out

I didn’t know much about patents before I started out in the profession. I knew that Einstein had worked at a patent office, but I had never come across patents in my studies and I didn’t know anyone with this career. I really enjoyed my time as an undergraduate studying physics, and later my PhD research. I especially enjoyed writing up my thesis and preparing scientific papers for publication, so writing was always a bit of a passion. As much as I enjoyed academic research I felt I wanted to have a wider view of the scientific world, rather than focusing on specialist areas of physics, and I wanted to do something which combined my enjoyment of writing with science.

While I was completing my PhD thesis, I read an advert in New Scientist for a trainee patent assistant at the Ministry of Defence (MoD). The advert said that the job combined the legal profession with science and technical writing and so I applied. I was placed at QinetiQ (previously DERA) in Malvern, where I spent four years until near-qualification. The technology was interesting and challenging; often high level physics and in areas that were not familiar to me. Straight away I was thrown into the process of meeting with inventors and drafting patent applications, and then composing letters to the patent offices to advocate for patent applications which had been filed, trying to get them granted. Early on I was also fortunate enough to be involved in contentious proceedings in Korea and Germany on a major case, so travel featured regularly too. I attended the Queen Mary University to obtain my Certificate in Intellectual Property Law, which is the first level of qualification for a patent attorney.

Having passed the Certificate level at QinetiQ, I embarked on the finals exams to qualify both as a UK and European patent attorney. It is not easy to qualify and it involves hours of study and revision beyond your day job. I qualified fully around four years after I started in the profession, which is probably quite typical. By this stage of my career I had moved into private practice and I was well supported through the exams by my employer. There are many good revision courses available, and larger firms often arrange their own in-house tutorials, so you don’t feel ‘on your own’ as you go through the exam process.

Before qualification, day to day work is usually supervised, perhaps by a partner or another senior attorney. It is a steep learning curve at the start. At Keltie LLP we make sure every new trainee works with several supervisors so there is a good variety of input from different people, with different types of client work and exposure to different approaches and writing styles. We also provide secondment opportunities to our trainees to spend time on client sites, to appreciate the role of patents in a commercial setting.

Once you are qualified the input from supervisors slowly relaxes and you start to work more independently, eventually supervising a team yourself, running client portfolios and developing new business. I have personally found that business development is especially important to an attorney in a growing firm. I have had mainly direct clients throughout my career, and so I have spent a high proportion of my time drafting patent applications for new inventions, for local clients, who I meet regularly. This is one of the most stimulating and interesting parts of the job for me. You get a chance to meet the smartest of people who are passionate about what they do and you quiz them about their ideas. Despite having a physics background, through the clients I have worked with I now spend most of my time working in engineering fields, especially automotive. As a secret petrol head it is a bit of a dream job for me.

Highlights of the job

The most rewarding part of the job for me is the drafting of a patent application. Typically you may have a meeting with an inventor, often face to face, to discuss the invention and review technical drawings, and perhaps inspect a prototype. During the meeting we will discuss why the invention is different from known technology and why it is better. You then start with a blank piece of paper to craft your work, writing a detailed description of the invention to try to protect it in the best possible way. The act of creating a document like this from scratch, on a subject you may have known nothing about before the inventor meeting, is hugely satisfying. You need to pay great attention to the words you use as this affects the protection the patent provides, and sometimes you spend hours pondering which words to use. You can find yourself waking in the middle of the night with some better wording in your mind. I find the process great fun.

Being a partner at Keltie LLP

Several years after qualification I was proud to be invited to join the partnership at Keltie LLP. The other partners are my good friends and people I enjoy being with every day. Some days I spend a significant amount of time with my partners on management of the firm which has grown significantly since I joined ten years ago. It has been a privilege to be a part of that growth. There has been a lot of marketing activity in this time, pitches and speculative meetings with potential clients, and travel to other countries to enhance relationships with attorney firms overseas who send us work. No two days are really the same, but every day is busy and stimulating in its own new way. Whether I am shut in an office drafting a patent application for a fuel injector, meeting an inventor about a new satellite navigation technique, interviewing a potential new recruit, or presenting a pitch to a potential new client, I really could not imagine a better career. 