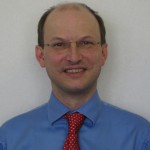 David Lethem is an Equity Partner of Hoffmann Eitle, an Anglo-German Partnership of Patent Attorneys, Trademark Attorneys and Lawyers with offices in Munich and London.

After two years subjugation to the Cambridge natural science tripos, the possibility of advancing up the ladder of academia held little attraction, so off to the university careers service who proffered their list of 100 jobs suitable for chemistry graduates. My father, a practical man in such matters, offered two pieces of advice.

Firstly, never work for a company with a personnel department and secondly, seek out a job where nobody knows what you do. The consequence of this advice was to eliminate 99 of the possibilities leaving the single job title ‘Patent Agency’ unstruck.

At that time, very little information was available regarding the profession of Patent Agency. The only way to learn more was to arrange visits to a few firms in London. The work sounded interesting and challenging, whilst being sufficiently obscure to meet with my father’s approval. Therefore I obtained a copy of the Register from the Chartered Institute and wrote speculative letters to all firms of a reasonable size.The majority of replies were not encouraging.

This may have been because the profession suffered a contraction around that time as a result of the opening of the European Patent Office in Munich in 1978. This caused a significant drop in the workload of the profession in Britain. However, I was interviewed by three firms and secured a position at RGC Jenkins & Co. upon graduation.

At that time, the majority of Jenkins’ clients were either electrical or mechanical companies. With hindsight, this actually had a number of advantages. Firstly, I was not usually so busy and had the time to digest numerous textbooks and law commentaries during office time through which I developed a reasonable grasp of the legal aspects of the job.

Secondly, the Institute examinations at that time included the drafting of a patent application relating to a simple mechanical invention of the type I had become rather too familiar, but with which chemists in general might struggle. Thirdly, and perhaps most significantly, I had the good fortune to be partially trained by Keith Beresford whose clarity of thought and attention to detail were second to none.

After passing Institute ‘Intermediate’ and ‘Finals’ examinations, each at the first attempt, it became clear that there was insufficient chemical work available in Jenkins and so it was mutually agreed that I should move on.
By this time, the profession had moved into good health and I received attractive offers from several prestigious British firms.

None however enthused me as much as the offer from the German firm, Hoffmann Eitle, who had just opened a London branch office with a single electrical/mechanical attorney but no chemist. The position was particularly attractive as it gave me a high degree of autonomy and responsibility at a relatively early stage of my career.

One pre-condition of the offer was that I should spend a reasonable period of time in their Munich office in order to learn how the firm was organised and of course to get to know the staff there. During my stay in Munich, I benefited from attending many oral hearings before Opposition Divisions and Appeal Boards of the EPO.

Based on this first-hand experience, it became apparent to me what the tactics (and tricks) were of successful advocacy and where the pitfalls lay. I have since been the principal advocate at about 200 hearings at the EPO which reflects the significant proportion of inter partes work handled by both myself and Hoffmann . Eitle as a whole. Whilst in Munich, I also prepared for, sat and passed the European Qualifying Examination.

The former was no doubt assisted by the lack of distractions which life in London would have provided. After an eight-month stay in Munich, I returned to London fully qualified, and ready for the challenge of becoming the second resident fee earner of Hoffmann Eitle (London).

Almost 22 years later, the London office of Hoffmann . Eitle has seven qualified attorneys and six trainees assisted by 12 support staff. In the meantime, I have trained two attorneys through to full qualification with a third well on his way. I am responsible for supervising all legal formalities and accounts work in the London office. I also have a significant responsibility for the recruitment of new technical assistants. With about 100 applicants for any advertised position, this is quite time consuming as well as being a challenge to identify the candidate having the best blend of qualities required to succeed in the profession.

At interview, I look for three particular qualities in a candidate. The first of these is a mature and confident personality capable of lucidly discussing a variety of general topics. The second is a thorough grasp of their area of technology, be it chemistry, mechanics or electronics. The last quality is an ability to think clearly and logically under pressure. Whilst an attorney working in the profession certainly requires a number of other qualities, these three, I think, are prerequisites.

Imagining my own curriculum vitae that I sent around in 1983, I have to admit that I would not make my own shortlist for interview. This I think reflects the greater awareness of the profession which the careers services of universities now have together with the greater accessibility of information concerning the profession to science graduates. There is now much more competitiveness to gain entry into the profession than there was 25 years ago.

Certainly, the calibre of those interviewed is very high.

In 1994, I joined the Equity Partnership of Hoffmann Eitle. As in many law firms, new partners enter the Partnership with a modest share of the profits but this share increases step-wise year-on-year until a maximum equity share is reached. Such an arrangement of gradual advancement is governed by what is called a lock-step contract. I reached the maximum permitted share in the equity of Hoffmann Eitle in 2006.

The number of patent applications filed around the world is growing almost exponentially. The number of Patent Attorneys is growing, but not nearly so quickly. On this basis, the future of the profession looks secure. There is however a cloud on the distant horizon. At the present time, the majority of significant inventions are patented in each of Europe, USA and Japan.

There is though a serious proposal to introduce a system whereby US or Japanese applicants who obtain a patent from their own national Patent Office would be able to re-register this in Europe with minimal, if any, need for the services of a European Patent Attorney. There are significant political and practical hurdles to the implementation of this proposal, and many in the profession doubt it will be implemented in the foreseeable future.

Nevertheless, should it come into effect, then overnight the British profession would lose a significant proportion of its workload and recruitment into the profession would almost certainly collapse for a number of years.