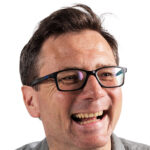 Jerome Spaargaren is the founder of EIP, a private practice in London. He entered the profession in 1992, after graduating from Oxford University with a first class degree in Physics. He qualified as a UK Patent Agent in 1994 and as a European Patent Attorney the following year and set up EIP in 2000.

Most private practitioners are in firms which have been around for over a hundred years, in some form or another. There are the ‘one man bands’ and consultants who, for various reasons, have chosen to be independent in some way, but they tend to be happy staying that way. And then there are those who have chosen to set up a new firm.

With the expansion of the profession in recent years, and the advancement of technology, more and more patent attorneys are branching out and ‘setting up shop’ under their own names, but the infrastructure required does take a long time to set up properly.

My first job in this profession was in a small private practice in Leeds. A classic case of ‘in at the deep end’, it was a fantastic place in which to train. Within two weeks of joining, I was sent out of the office to meet inventors and draft patent applications. Being a small general practice, the subject matter was varied and, in my time there, I first came across pyramidal tea bags, flashing trainers and holographic chocolates. We continue with this philosophy at EIP, with new trainees being exposed to drafting patent specifications at a very early stage.

My patents start breaking up

One of the characteristics of this profession is its international reach. A good invention can often require protection in a great number of different territories, which calls for working closely with associates in different countries and often, travel. As many watched the effects of Perestroika and Glasnost from afar, I was in Moscow sitting in an apparatchik restaurant with my Russian counterparts working out how to re-register my client’s soon-to-be defunct Soviet patents in the newly formed (in fact, in most cases, as yet unformed!) patent offices in Belarus, Moldova and Turkmenistan.

I decided to move to London, to a new private practice – I had been looking for an electronics role, which complemented my degree subject and covered areas of technology that I was interested in. The position I ended up in seemed a good fit. Within a couple of years the firm had made me up as their youngest ever partner at the age of 27.

There is always a lot going on for lawmakers in patents and other forms of intellectual property. A lot of the important stuff goes on in Geneva, at the World Intellectual Property Organisation (WIPO). Being a member of the patent law committee of the Chartered Institute of Patent Attorneys, I was asked to represent CIPA at WIPO during the drafting of an international treaty.

I attended along with delegates from 71 countries and 21 non-governmental organisations and received simultaneous translation of their speeches in a UN-style conference hall. I took the floor myself on a couple of occasions and I can proudly boast to have been responsible for the introduction of the words ‘or any other address provided for in the regulations for the purpose of this provision into the Patent Law Treaty’!

I enjoyed the challenges of being a partner and it gave me some insight into how the business side of a practice should be run. But I soon felt that, while being in a long-established firm was a safe and secure option, the ‘old firm’ culture and partnership structure was not for me. I set up EIP. The firm has grown quickly and I am lucky to have gained some fantastically talented colleagues as well as household-name direct clients.

We have doubled in size nearly every year in the last ten years (with a notable exception during the recent downturn – however, we have continued to grow, and have had a policy throughout of continuing to employ new starters to the profession every year). We have also opened offices in other cities: we now have offices in Bath, Cardiff and Leeds as well as London.

We have had notable successes with the patents we have handled. Recently, one of our Silicon Valley clients won a settlement of $265 million, and whilst the satisfaction of success was enough, it was great to be invited to an Oscars-style award ceremony following the win (I regret to report that, out of 40 patent attorney/litigators drawn from all over the world, I received the Most Excellent Nerd “Oscar”, which I must admit now sits proudly on my desk).

Some of my contemporaries in established practices ask, ‘why did you go to all the trouble of setting up a new firm?’ The fact is, as a patent attorney there are lots of opportunities for you to do your own thing, whatever that may be. In my case, it happened to be the creative challenges involved in setting up a firm and developing a modern and progressive culture in which we can carry out great work – whilst really enjoying ourselves. And that’s the way I like it.