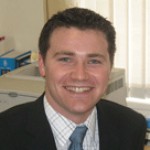 I started to look for a job as I came to the end of my PhD. I knew that I wanted to do a job that made use of the technical knowledge and skills I had learnt, and as a chemical engineer, I had developed an interest across a broad range of scientific areas. I’m not sure what brought the idea of being a patent attorney to my attention, but after attending a presentation at the university careers service given by a firm of patent attorneys, I decided to make some applications.

I started work at J A Kemp & Co (the firm that gave the presentation!) in early 2007. I work in their London office, in the Electronics and Engineering group.

As a trainee patent attorney, my job doesn’t change so much as evolve – I am gradually introduced to new aspects of the job as appropriate bits of work come up. As such, I should be dealing with all the same aspects of patent drafting and prosecution that a fully qualified patent attorney deals with. Of course, a trainee is supervised in getting that work done, and the variety of work you deal with increases with your experience.

This really is a job in which you do ‘real work’ from day one. On my first day I was given a file, a job to do, and a pile of legal texts and reference books to look things up in! However, you’re not expected to know exactly what needs doing straight away, and that’s where the training comes in.

At my firm, trainees are assigned a single mentor for whom we do most of our work and who is primarily responsible for our development. In my first year I had several internal tutorials on various aspects of patent law. These certainly helped me get a better overview of what I would need to know, and stood me in good stead for attending the Queen Mary course at the end of my first year. We also have monthly meetings for all the trainees in the firm to discuss legal decisions and how they impact our work.

Although the support is good, I think the biggest downside to the job, for me, is the need to do professional exams. When considering whether to apply, I wasn’t particularly keen for another three or four years of training and exams after spending over seven years at university. Unfortunately, the exams are a necessary evil. I’ve now got the first set of exams out of the way, and I will be doing my European exams next March. I’m not looking forward to the need to start revising after doing a full day’s work!

Aspects of the job

At one of my interviews I was told that this job is ‘basically letter writing’. That doesn’t sound very glamorous, but it’s not far off the mark. As the intermediary between clients and patent examiners, the majority of my job involves either writing letters explaining an invention and its advantages to an examiner or explaining the examiner’s objections to a client and trying to suggest ways to overcome those objections. The good bit, as far as I’m concerned, is that in between all this you get to read about inventions from all sorts of technological areas.

Even after that interview, I think I was still expecting to be meeting inventors in person quite often. However, our firm does a lot of agency work – work for foreign applicants (for instance from the USA or Japan), whom we never meet. An applicant will have had a patent application prepared in their own country, and our job is to file and prosecute the same application in the UK or Europe.

I do get to meet inventors when I am involved in drafting an original application. I have drafted a few applications now, and this side of the job is something that I will do more of as I gain more experience. Visiting an inventor can make a nice change from the office, especially if you get to see how the invention is being put to use in practice.

The most confrontational part of the job is attending hearings, where you argue about an invention with an examiner or another party who doesn’t think it should be patented. As examiners for European applications are based in Munich or the Hague, this involves a bit of travel. It’s strange, because although hearings might be one of the most exciting parts of the job, we spend the rest of our time trying to avoid them, as they’re a last resort! I’ve only attended a couple of hearings, but it was certainly one of the best bits of the job to come out of a two-day hearing as the ‘winner’.

My average day would be spent in the office, and would be split between working by myself, and going through work with partners – either to improve it or to sign it out. This style of work suits me, as I always know what I am responsible for, so I feel in control of the work I am doing.

Over the course of the day I’ll deal with work that is already waiting to be done, or which comes in during the day. Part of what you learn on the job is how to prioritise the jobs you need to do, in part based on the deadlines that have been set, but also based on how your actions will reflect on the firm.

For example, a client query may not be very urgent in terms of when a reply is needed, but giving a swift response may give them a better impression of the firm and help build a good relationship with them. I think the ‘business’ side of the job was not something I’d considered in much depth before starting work, but it’s something I’ve learnt to be very aware of over the past couple of years.

The CIPA Informals committee is very active in organising social events and my firm also gets involved in various activities, such as sponsored runs, quiz nights, barbecues, cricket matches and korfball tournaments. I’ve taken the opportunity to get involved with a few of these!

I am able to strike a good work/life balance. I’m expected to do at least a 35-hour working week, with some flexibility about the specific hours. That’s certainly better than the hours some of my friends in the City are doing, and this means you have time outside the office for a social life! All in all I think I made a good decision to enter this profession, and would definitely recommend it to someone who wants to be involved with science, but wants to get away from the lab.