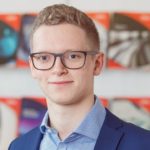 If I had to sum up my experience in one sentence, it would be this: if you are at all interested in pursuing a career as a patent attorney, then applying for a summer placement scheme, such as the scheme offered by Dehns, is a ‘no-brainer’.

The Dehns two-week summer placement scheme (one of the longest of this kind) offers a first-hand insight into what it is like to work as a patent attorney in private practice. I was fortunate enough to take part in the 2017 scheme. From start to finish, I was immersed in live client cases and worked with experienced attorneys on a large variety of tasks. For the duration, I felt like a true employee at the firm. Now, less than a year later, I work there as a Technical Assistant and am applying the skills I learned over those two weeks on a daily basis!

The placement was split into three parts over Dehns’ three largest offices (Brighton, London and Oxford), and getting a chance to visit each of these offices was eye-opening. Before starting the placement, I was set on starting my career in London. However, as the placement drew to a close, I realised that my dismissal of areas outside London was entirely unfounded. While I really enjoyed my time in all three offices, I found that the city of Brighton actually suited me the most. This meant that, when I came to submit a job application, this was my first-choice office – something that I would never have considered had I not attended the placement.

Outside working hours, Dehns organised a number of social events for us to get to know the other fee earners and employees. We felt truly spoiled by the end!

Why did you choose to do an internship?

Before I started my final year at university, I had already done a great deal of research into the patent attorney profession and concluded that it would be the best career path for me. However, without any hands-on experience of life in the profession, I couldn’t be certain that I was making the right choice. I therefore had no hesitation in applying!

How did it fit with your overall career plans?

The placement tied in perfectly with my career plans. I viewed the scheme as an opportunity for me to reaffirm my view of the profession and find out what it is like to work at Dehns. The placement made my subsequent job application to Dehns much less stressful, since I had already got to know the partners interviewing me and knew that I was applying to a thriving firm with a fantastic working environment.

My application process consisted of two stages, the first being a series of online tests and the second being a Skype interview. The online tests challenged my time efficiency and attention to detail – both of which are valued skills in the profession. My Skype interview was with a member of HR and a partner from the Life Sciences team. Most of the questions were technical and based around my CV. Among other things, we discussed the research projects in which I had been involved over the previous two years. They also asked me some simple questions about patents.

My most important piece of advice in preparation for interview would be to practise explaining complicated things in simple ways. Understandably, many clients have no experience of patent law, and some do not have scientific backgrounds, so patent attorneys must be able to communicate effectively across these knowledge barriers. Interviewers will try to gauge your proficiency in this; they might say: “Explain your research project to me as if I had no experience in your field”, or something similar. Make sure you have thought about this sort of question beforehand so that you are not caught off-guard!

What attracted you to your role?

While I thoroughly enjoyed my studies at university, I decided that a career in academia was not for me. However, at the same time, I wanted to find a job where I could keep thinking and learning about biochemistry at a high level. I was first made aware of the patent attorney profession at a biotechnology conference. There, an experienced patent attorney highlighted the integral role that patenting plays in encouraging research and development. It became clear to me that this career would challenge me to quickly comprehend a plethora of fascinating biotechnological inventions on a daily basis – it was exactly what I was looking for.

What were your main duties?

My main duties during my time on the placement included responding to Patent Office Examination Reports and making amendments to claim sets to bring them in line with European law (the ‘claim set’ of a patent defines the scope of protection that the patent confers). I particularly enjoyed working with two clients whose inventions were in the early stages of development. I had to do ‘freedom to operate’ analysis for both; in other words, I had to identify similar patents and patent applications in the field which might restrict the client’s ability to commercialise their invention in the future. I had to read several patent documents in quick succession and use my technical knowledge to critically assess their relevance to the clients’ developing inventions. Towards the end of the placement, we gave presentations to the partners on areas of intellectual property that interested us. I did a piece on patent trolls – possibly a little offbeat, but it seemed to go down well!

Do you have any advice for someone seeking an internship?

For any firm considering your application, your academic track record will be the first thing that they look at. However, interviewers are also looking for applicants who show a genuine interest in the profession from the outset. I would recommend reading some articles about the profession on IP Careers, catching up on the latest patent law news, and maybe even scanning through an Intellectual Property law textbook from your library – it will all be worth the effort!