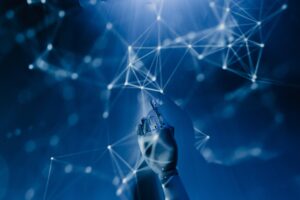 Physicist Stephen Thaler loses latest bid to have his Artificial Intelligence (AI) invention, DABUS (Device for the Autonomous Bootstrapping of Unified Sentience), put down as the inventor on a patent. It was agreed by Lord Justice Birss, a Court of Appeals judge ruling on this case, and University of Surrey professor Ryan Abbot, who represented Thalot along with his team, that DABUS was indeed the inventor. However, the High Court in England and Wales sided with the UK Intellectual Property Office this month and decided that DABUS cannot be granted a patent on its invention because it wasn’t a ‘natural person’.

According to the Patents Act 1977, only people can be inventors which Thalot claims would make having DABUS as the inventor ‘a legal impossibility’. IP litigation specialist at Pinsent Masons, Sarah Taylor, commented; “Lord Justice Birss’ dissenting judgment is interesting. He found that the simple fact that this situation had not arisen before should not prevent the court from deciding how the law should be applied in a new situation, perhaps indicating that in some circumstances all that is needed is for the law to be applied in a more agile manner.”.

Do inventors have to be human?

Although Thalot has lost this appeal, it is not all bad news. In July this year, South Africa acknowledged DABUS as the patent’s owner and became the first country to award a patent to an AI inventor. This decision is at odds with the UK and it is likely that the appeal to have DABUS down as the inventor will end up reaching the UK Supreme Court.

What is a patent

A patent protects your invention and gives you the right to pursue legal action against anyone who makes, sells or uses your patent without your permission. They are granted to a new invention that has been made or can be used.

How to patent an invention

Trying to patent an invention can be costly and time consuming as it is the most difficult form of protection to get, so there are other avenues to consider before deciding if a patent is right for you. If you have decided that a patent is the right avenue for your invention, it is best to find a patent attorney who will be able to help you with the process.