5 Spooky Patents to Get You in the Halloween Mood

Happy Halloween! Check out these 5 Spooky Patents to Get You in the Halloween Mood!

Sometimes it feels like the world is scary enough, but it could be much scarier. How so? I hear you ask.

Well, some of these patents could become a reality, for one thing. And the other patents on this list? Let’s hope that you never actually have to see them in real life.

We take a look at 5 of the creepiest, spookiest and most Black Mirror-esque patents. You can click on the titles below to see the entire patent application.

Filed in 1871, George Pemberton Clarke was granted a patent for ‘creeping dolls’. Admittedly, the term ‘creeping’ does refer to a doll crawling, and Clarke only wanted to improve the construction and operation of said crawling doll, but the thought of any toy moving on its own is completely terrifying. 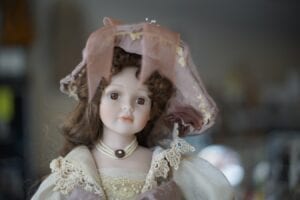 This was patented by Marc A Fort in 2016 and is ‘directed to be a memorial urn which features an external configuration that bears a resemblance of the loved one or some aspect of her/his life…i.e the facial resemblance of a person’. Essentially, it is an urn that is in the shape and look of the deceased. It’s nice to know that judgemental relative can continue to judge how you live your life from beyond the grave. 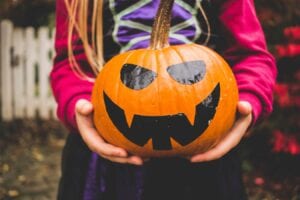 This Jack-o’-lantern was granted to Marcia Barnes in 1903 and helped define Halloween celebrations as we know them today. Unfortunately it expired in 2019, though the original design is fairly spooky.

Predicting Life Changes of Members of a Social Networking System

If you told Marcia Barnes about this patent in 1903, she would probably have called you a witch. Luckily, this patent was abandoned in 2019 and thank goodness it was. Facebook (the social networking system in question) patented a system that would be able to predict a ‘life change event’ and by life change event, it means ‘change in marital status, a birthday, a new job, a birth of a child…or a death of a personal associated with the user’. Instead of relying on you to update your personal information on Facebook, they want to predict your life changes for you so you can get more tailored ads. It sounds creepy enough on paper, but in practice, even more terrifying (especially if you start getting ads for a Memorial Urn). 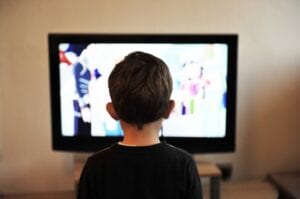 Ever wished your TV could watch you back? No, of course you haven’t. But Verizon wanted to own a patent that did exactly that. The patent, granted in 2011, describes a system that detects an ‘ambient’ action performed by a user (the TV watcher) which could include; eating, exercising, laughing, reading, sleeping, talking, singing, humming, cleaning and playing a musical instrument. The system would then select an advertisement that is most associated with the ambient action and then show it at the next advertising break. That’s enough to make you stop watching TV altogether.

So there are our five spooky patents that will get you in the Halloween mood, and if they don’t make you feel Halloween-y, they might at least make you consider deleting Facebook/throwing your TV out the window.

Have a fun and safe Halloween!